I’m now in Seattle and this week consists of pre-op appointments.  Surgery is next Monday, the 23rd!  I also just learned that activation day – the first day I hear with the implant on will be just a week after surgery – April 1st. Plenty to process 😉

Today I met with my favorite voice coach of all time, Patrick Muñoz, who works with everyone from performers, business people, and people who just wish to speak better.  His website is: http://www.thevoicezone.net.

I want to say thank you to Patrick Muñoz for being a supportive person in my life who follows his passions.  He has truly been inspirational and is a great person to know.

I have experienced emotions as I have gone through this journey of preparing for surgery and today elicited emotion as well.  I am again very happy he is a part of my life.

We spent the day talking about the device and the journey and the many unknowns (eg. how much benefit one gets from a device such as this is not set in stone).

I wanted to test my pitches using the piano (matching pitch to scale) and see if perhaps after surgery things would change.  As expected, my low pitches are very good while my high frequencies are quite hard to reach accurately.

I should say here that the cochlear implant device is not designed to restore hearing in such a way that music is greatly enhanced… rather speech understanding is the goal.  It’s a mechanical device that can’t replicate what the natural ear can.  But I’m thrilled to be on this journey with Patrick because one never knows what might happen and what the benefits will be afterwards.

So, today included an informal test. 😉

The Hybrid and Music

The fact I have great low frequency hearing is why I am qualified for the newer hybrid cochlear implant rather than a traditional one.  A hybrid does not go as far into the cochlea (where the hair cells are) and focuses on the high frequencies.

There are so many benefits to retaining natural low frequency hearing and that’s a big reason why the hybrid device is so revolutionary.  This includes music appreciation, which with conventional cochlear implants has demonstrated poor results.  Because my low frequencies will remain intact, my music appreciation will continue and be enhanced by the added high frequencies of the cochlear implant.

The Cochlear Hybrid surgery I’m having soon is constantly on my mind. It’s exciting and frightening and has caused me much anxiety at times. I admit sleeping has been difficult. I appreciate the people in my life who distract me from such thoughts. School has also been a blessing during this time. I will be leaving the 16th of March and having surgery the 23rd of March.  Thank you all and I appreciate the support before I leave… and I look forward to continuing to see people when I return as well! 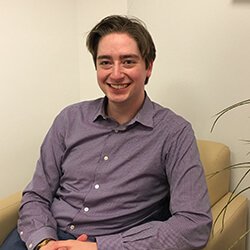 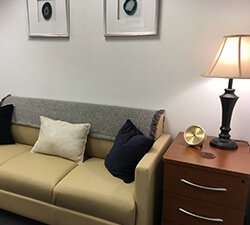